Inenco is one of the UK’s largest energy analysts.

The business serves more than 9,000 customers and manages over £3.2billion of electricity and gas for customers, ranging from small businesses and public sector organisations to some of Britain’s biggest businesses, such as Marks and Spencer.

Providing expert support to establish the Inenco brand as ‘voice of authority’ for the energy sector both nationally and internationally in key target broadsheet and sector-specific media.

Extensive and consistent exposure for the Inenco brand on a regular basis in print, broadcast and online media:

One such example - as the news broke that the Russian army had violated the sovereignty of the Ukraine by sending soldiers into the contested Crimea region, gas prices jumped around 10% on the back of fears for supply in Western Europe reliant on Russian gas through Ukrainian pipelines.

Our close relationship with the analyst team at Inenco meant that they flagged up the anomaly in gas price as soon as they spotted it in trading, allowing us to prepare a reactive comment before the news had broken in mainstream media.

We utilised our expertise in media relations to provide the analysts with a list of questions to answer, ensuring that the commentary provided was ideally packaged as informative soundbites for journalists. We then used our extensive network of contacts to ensure that this commentary was landing on the desks of energy editors just as they were pulling together the copy for this story.

As a result, we were able to secure coverage in print and online across Britain’s broadsheet press, as well as significant local media coverage and tabloid articles.

In all, Inenco analysts were quoted in more than half of major UK media outlets covering the Ukrainian crisis, securing an audience reach of over 50 million in total. 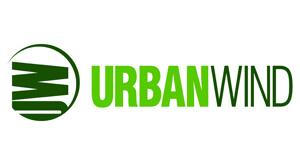